The prospects mapped in the northern Corentyne Block are interpreted to be situated at the same geological horizons as the nearby significant discoveries already proven in the Stabroek Block and Block 58. The prospects identified on the northern region of the Corentyne Block have been interpreted to share the same proven hydrocarbon generating basin and intervals in which the current discoveries are located. These prospects are primarily stratigraphic traps composed of sandstone accumulations and deemed to be analogous to many of the discoveries already proven to be successful in the Guyana basin spanning both Guyana and Suriname.

The prospects in the northern region of the Corentyne Block have been high-graded and have been mapped within the Upper Cretaceous, Santonian and Miocene intervals. CRI has prioritized and ranked the prospects. The prospects are located in water depths ranging from approximately 500 to 3,600 feet and are estimated to be at a drilling depth of between approximately 11,000 to 21,700 feet.

The current high-graded prospect identified in the northern region of the Corentyne Block has been named Kawa, after the iconic Kawa Mountain which overlooks the village of Paramakatoi in the Pakaraima Mountains of Guyana. It is interpreted to be a Santonian-aged stratigraphic trap and is expected to have a reservoir interval potentially similar to what has been penetrated in nearby discoveries. Additional prospects are being evaluated by the Company. 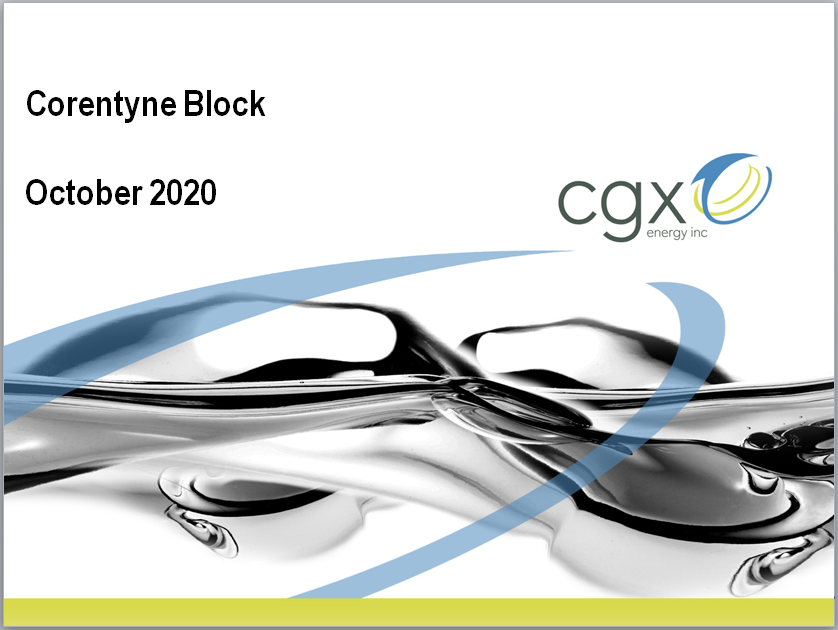